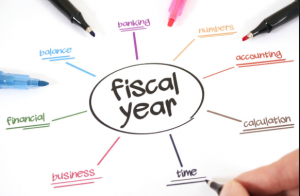 The Colfax County commissioners recently approved the preliminary budget for the upcoming 2013-2014 fiscal year that begins July 1. The county’s overall budget for the new year is projected at almost $13.1 million in expenditures, a decrease of less than 1 percent from the spending total with which the county expects to close out the current year in two and a half weeks.

But the 2013-2014 General Fund budget is set initially at $5.13 million, about 4.3-percent more than what is projected to be spent in the current fiscal year by the time it wraps up.

The General Fund contains the money that supports the operation of all of what could be considered the county’s main departments, with the exception of the Road Department, which is outside the General Fund and has expenditures of a little more than $1 million in the preliminary budget for 2013-2014. That’s nearly a 4-percent hike compared with the amount the department is expected to spend by the end of this fiscal year.

The increase in the upcoming fiscal year’s General Fund budget reflects in part the county commission’s decision to boost the county-paid portion of the county employees’ health insurance premiums. That amount is being shifted from 82 percent of the premium cost to 85 percent.

The county’s law-enforcement departments — the sheriff’s office and the Vigil-Maldonado Detention Center — are the two largest departments in terms of General Fund spending. The sheriff’s preliminary 2013-2014 budget is $938,900 and the jail’s initial budget for the next fiscal year is $883,195.

Other General Fund departments falling in budget line behind the sheriff’s office and jail: county manager ($581,671), assessor ($538,618), maintenance ($465,351), clerk, including the Bureau of elections ($436,117), commission ($304,294) and treasurer ($287,102). Among the road department and all General Fund departments, the treasurer and assessor are budgeted in the next fiscal year for slightly decreased spending compared with the estimated totals for the soon-to-be-completed year. The other departments anticipate slightly more spending than what is estimated for the current year.

On the income side of the county’s new budget, property tax revenue — which provides the bulk of the money for the General Fund — is expected to rise almost 3.5 percent compared with the amount initially budgeted a year ago for the current fiscal year. Property tax revenue is projected to be about $4.39 million for 2013-2014, plus another $517,000 the county is hoping to collect in delinquent taxes along with penalties and interest. Revenue from oil and gas production in the county is expected to pump another $600,000 or so — down about 5 percent from what was budgeted this fiscal year — into the General Fund, which is projected to have a total of almost $5.93 million in the new fiscal year. That’s almost $800,000 more than the budgeted General Fund spending.

The overall revenues in the county’s preliminary budget are listed at nearly $11.5 million, which comes up $1.6 million short of the projected expenditures. However, the county expects to have almost $7.6 million remaining from the current fiscal year to carry into the new year to more than cover that deficit. 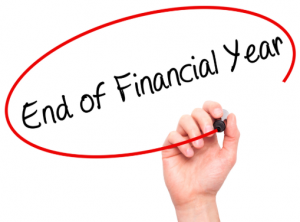 Aside from the general and road funds, the overall budget is filled out by special funds that for the most part are designed to handle specifically designated money, such as special tax revenue and fees plus grants and other state appropriations, that fund things from rural fire departments and capital improvements to youth programs, senior programs and indigent hospital care for low-income residents.

The county commission approved the preliminary 2013-2014 budget May 28 and sent it to the New Mexico Department of Finance and Administration for review. State or county officials can make changes to the budget before it becomes final. Final cash balances from the current fiscal year will be put into the new budget once the current fiscal year ends at the end of this month.