I€™m a Sucker for the Upgrades

All of those famous 10 step programs always say the first step in is admitting you have a problem. Well, I admit I have a problem. When it comes to “man toys” I research the heck out of anything that I’m going to buy, to the point that I have typically convinced myself for and against every possible product numerous times. I am in the middle of one of those dilemmas right now.

You see, in my situation, I can usually find a professional reason to justify buying the “better” option when it comes to most any electronic device. Whether it is a computer, camera, or anything of this nature, I have made my hobbies so much a part of my work that they have become one and the same. Not that I am not complaining, because I love what I do, but it does create a situation where I am always looking at the high end, expensive options. I do have a level head on my shoulders, and I don’t gravitate to the highest priced option available. I do have a taste for quality though, so when I read about the shortcomings of one option I start to climb the ladder up to the next best option.

When I talk about an upgrade, I’m not talking about what that uninformed sap at Circuit City tries to convince you to buy just because it has a better commission for him. I’m not talking about that extended warranty but you get the high-pressure sale on. I’m talking about better models with better quality results. I researched things that I’m going to purchase way too much until I practically know their spec sheets inside and out. I could quote you the stats on one camera versus another, and I often do. That’s another one of my problems, I talked way too much about what I’m currently researching, to the point that everyone around me I am sure is thinking just “buys it already so we can quit hearing about it!”

Sometimes I think that if I could just settle with a good option, that would be good enough and I wouldn’t notice the difference. The problem is I know that wouldn’t be true. What I know of a shortcoming my mind gets stuck on it and watches for it in everything I do. Is that shortcoming shows up when I kick myself for having been too cheap to get the better option?

In today’s world of electronics though, when you spend that big money to get the best of the options that year, you know it’s going to lose it’s not you within the next year to come. The new options will come out with better technology for less money and you’ll be stuck with either using the device you bought in the past and try to be happy with it, or selling it for a loss from what you paid in buying the next best option. I hate that ride as well. 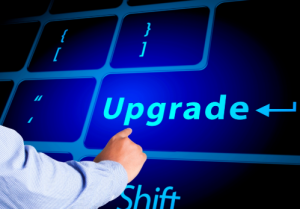 Right now my big dilemma is on a video camera. I have a project this year that could potentially require a high-quality HD camera and plenty of other personal projects that I could make use of it as well. I’ve had my eye on the Sanyo HD2 for some time, but now that it’s released I’ve read several customer reviews that point out many of the shortcomings. I’ve seen some sample video and noticed things that would likely bother me. I was so excited for its ability to save HD quality video to SD cards that I had built up my hopes beyond what it appears to have become now that it is released. I have also looked at the JVC Everio line of HD video cameras, but they have their shortcomings as well; particularly that they cost twice as much!

So that is my big dilemma right now. Not all that interesting, but I figure I had to write about it since it’s been bothering me so much. I’m spoiled, I know; but when you do some of these things were living it becomes a big part of your life. More than likely I will just continue to research the options over the next coming months and try to make some decision. In the meantime, I’ll stick to the lower quality video I get out of my wife’s point-and-shoot camera.