Thinking Ahead to College Prep

So summer has finally started and my son still doesn’t have a job, but, it’s okay. At least he’s actually looking for a job, which is a step in the right direction.

In the meantime, I’ve decided to make the best of the free time. He’ll be a junior next year. Time to get serious about college. Looking at schools. Deciding where he wants to apply. Taking the SATs. I know his schedule next year is killer, so I think it will be good to start some of this now when he has so much time on his hands.

For starters, we’re going to visit a couple of schools this summer, so he can get a feel for the different environments such as a traditional college campus versus a city campus, private versus public, North versus South. 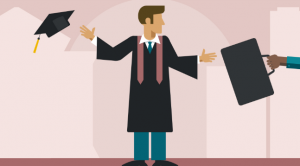 We also need to decide how he’s going to prep for the SATs. Do we try to go it on our own or take a prep class? Knowing my son’s penchant for procrastination, I think it had better be a class. But, there are choices there as well. Does he take the prep class in a classroom or online? Online would offer the flexibility to “take” the class when you have the time – and save gas money, both of which are a real plus. But, again, I worry about procrastination.

So, we’re going to use this free time to evaluate and weigh these various options so that come September there is one less thing to think about.

Rach, how did you prepare for SATs (or ACTs)? And, Brad, how did the Valk prepare? Would you do anything different?

Do you know what worked best for me? The 3 F’s: Fear, Finagling, and Flexibility.

The “fear” part was having the Valkyrie take her first PSAT as soon as possible – like right at the beginning of her junior year (ultimately she took the PSAT three times, just as most of her friends did). She’s a smart gal, so she didn’t prep for it at all (just as I planned … heh heh heh), and her scores were…well, not very wonderful. It scared the beans out of her — just as I hoped it would — and suddenly motivation and procrastination were no longer major issues. She couldn’t live with the concept of “not going to college.”

Not that I quit there. I reinforced her newfound sense of focus with Finagling – that is, getting to know her high school counselor on the sly – you know, the one whose obsession was getting as many students into college as possible? I enlisted her help in keeping the Valk in the right classes and her grades up and stayed in regular contact. Oddly, Ms. Counselor was actually grateful to have a parent help do the pushin’. All too often, she told me, she had to do it on her own.

Meanwhile, “flexibility” was the key to really successful test prep for the Valk – flexibility as in, “whatever works, when it works best.” Tutoring was the right answer for a real hole in her math education, but classes in writing and history were a better fit…and online classes were best, because of all the other demands on school time and even weekend hours, especially as she got heavy into her senior year. I swear that poor kid worked harder than both her parents combined in the summer and fall of last year, between test prep, tests, college research and visits, and college apps. And yet…she survived. She’s off to the College of Her Choice in eight, count ‘em, eight, weeks. (Say no more. I’ll start to cry.) 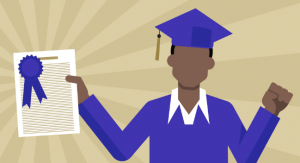 Test prep was the easiest thing about the whole high school to the college process.

We signed up for the classes because I was using the books and CDs my parents bought me as coasters. That is, brightly colored books and CDs aren’t going to get me motivated to study. Whereas making me go to class every Wednesday night is hard to get out of.

The class was pretty much like any other high school class (except it was in a hotel lobby) – we had “homework”, we filled out worksheets, and we took tests. It was the tests that made the class worth it.

Not only did I have a scheduled time to study for the SATs, but I got to take a whole bunch of full-length practice SATs. Did it help? Yeah, it did. I only had to take the real test once, that’s how well I did. I’m completely and entirely crediting it to the practice tests.

It doesn’t matter how your kid gets the practice. If it’s a full-length test, in test conditions, with real questions – he or she will learn from it.