I was searching a bit today for which topic I wanted to cover, so I decided to jump on over to the “Suggest a Rant” archives and start right from the top. Pamela started her suggestions with you “evil driving and talking on cell phones” which is as good a topic as there can be to discuss.

I heard a great quote on the radio the other day which I thought would be a great introduction to this topic. We have a local radio station here that lets listeners calling in the voicemails which they broadcast on the air. One listener shared a joke for his 10 seconds of fame, “what is the first thing you should do in the event of an accident? Hang up your cell phone.” We tend to find the things most true the funniest, and unfortunately, this one hits right home. 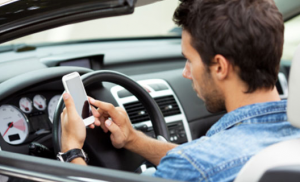 Though it may come as a surprise, I would like to take a slightly different tack on this topic. I am not so much opposed to people who talk on the phone while driving, as I am too bad drivers overall. Admittedly, if my phone rings while I am driving and I am not in a situation that would preclude me from answering it, I’ll go ahead and talk on the phone while I drive. I do feel like my driving abilities are a step above the norm though. Truth be told, I think I am a better driver than a lot of others out there. That is not because I have a huge ego as to my driving abilities, that’s because I think so little of the driving abilities of others. I am comfortable in my ability to stay focused on the road while I talk on a phone and keep my priorities straight.

The question is, are you a good enough driver to do other tasks while driving? In the spirit of Jeff Foxworthy’s you might be a redneck act, here is a few tests to see if you qualify:

If when you are driving, and he reached to the dial on your radio to change the station and you end up drifting into the other lane… you might be a bad driver.

If you find that when cars are slowing ahead of you it takes you a few additional seconds to decide whether you should put your foot on the brake or not and you end up having to stop rapidly… you might be a bad driver.

If you have a tendency to find yourself in the left lane on the freeway and realize at the last minute that the next exit is your exit and make a NASCAR worthy maneuver across three lanes rather then admit your mistake and wait until the next exit to flip a U-turn… you are a bad driver.

If you find that unless you are paying absolute attention to your driving, that you tend to drift into other lanes… Yep, you are likely a bad driver.

This list of examples could go on, and on and on – and I would like to invite readers of the site to give some other great examples of you might be a bad driver quotes. Please include them in the comments on this post if you have some of the great ones to include.

My point is that a cell phone does not a bad driver necessarily make. Yes, a cell phone can be an unnecessary distraction, and you really should avoid speaking on the phone while driving if at all possible. Even using a wireless or wired headset, a bad driver is likely to become a worse driver when speaking on the phone. It is just a simple fact is that drivers cannot handle any distractions, they have enough on their hands just to not cause an accident while they are behind the wheel.

So good driver or bad driver, do us all a favor and avoid cell phone speaking while driving when you can. If you are going to talk on the phone, keep your priorities straight and pay attention to the road. Your conversation on the phone can be interrupted and life will go on; the same may not necessarily be true when it comes to making a mistake while driving.